While working at Softonic, me and a couple of colleagues were always looking for good ideas to start our own venture on the side. At some point we came up with an idea that seemed appealing and I jumped straight to design a concept. This case study explains the process I went through.

Me and my friends share a passion for food. We usually recommend each other places that we've discovered around Barcelona and even when traveling, if we know someone has visited a specific city, we ask for ideas or references.

We all agreed that when looking for new places to eat, as an example, it's a bit annoying to read through reviews written by people that you don't know, may have different taste, could be fake or that are just not in your same line of thought. In general it's always easier to trust (or not trust) a friend's opinion.

We wanted to be able to create our own list of favourite places and share it privately.

As a Product Designer, working for mature companies it's very unlikely that you'll be asked to develop a brand from scratch. I'm passionate about graphic design and love the craft, so this was the perfect opportunity to go through the whole process without any pressure or restrictions.

I jumped straight to "namestorming" on my own, using business names generators and basically trying to find a cool descriptive name.

When doing this type of exercise I always like to look for words in different languages, and see if I can something that sounds simple and nice. I had recently been to Japan and I stumbled upon the word tokoro, which means a place, spot, scene or site when written in kanji as 所.

I made some name proposals to my colleagues and ultimately we decided to go with this one.

It was time to begin designing the brand's identity. For the logo the first element that came to my mind was the classic pin used in maps, so that shape would be my starting point. As our brand name was japanese I also thought about bringing in some kawaii elements.

I iterated on top of the pin icon to mix both concepts until I found something simple enough to become a flat icon, that could be scaled and still identified, and transmitted the original idea.

The following step was to find a font that matched up with the logo, I was looking for a rounded sans, legible and playful that reminisced to Japanese characters. I found Fredoka One in Google Fonts, which was free and perfect for the matter. 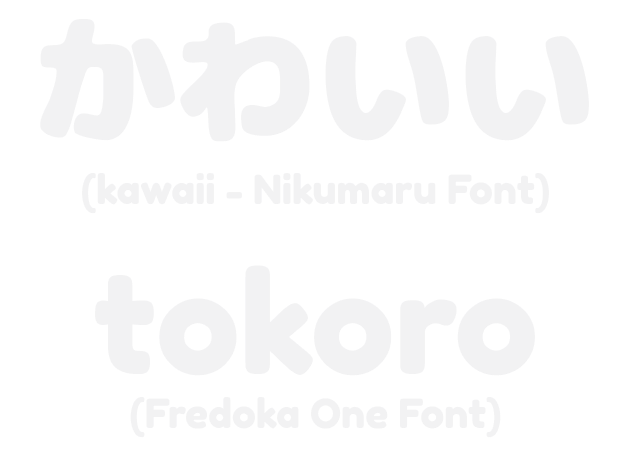 To end the process I created a few compositions with different color schemes and asked a bunch of friends to see which one was their favourite. 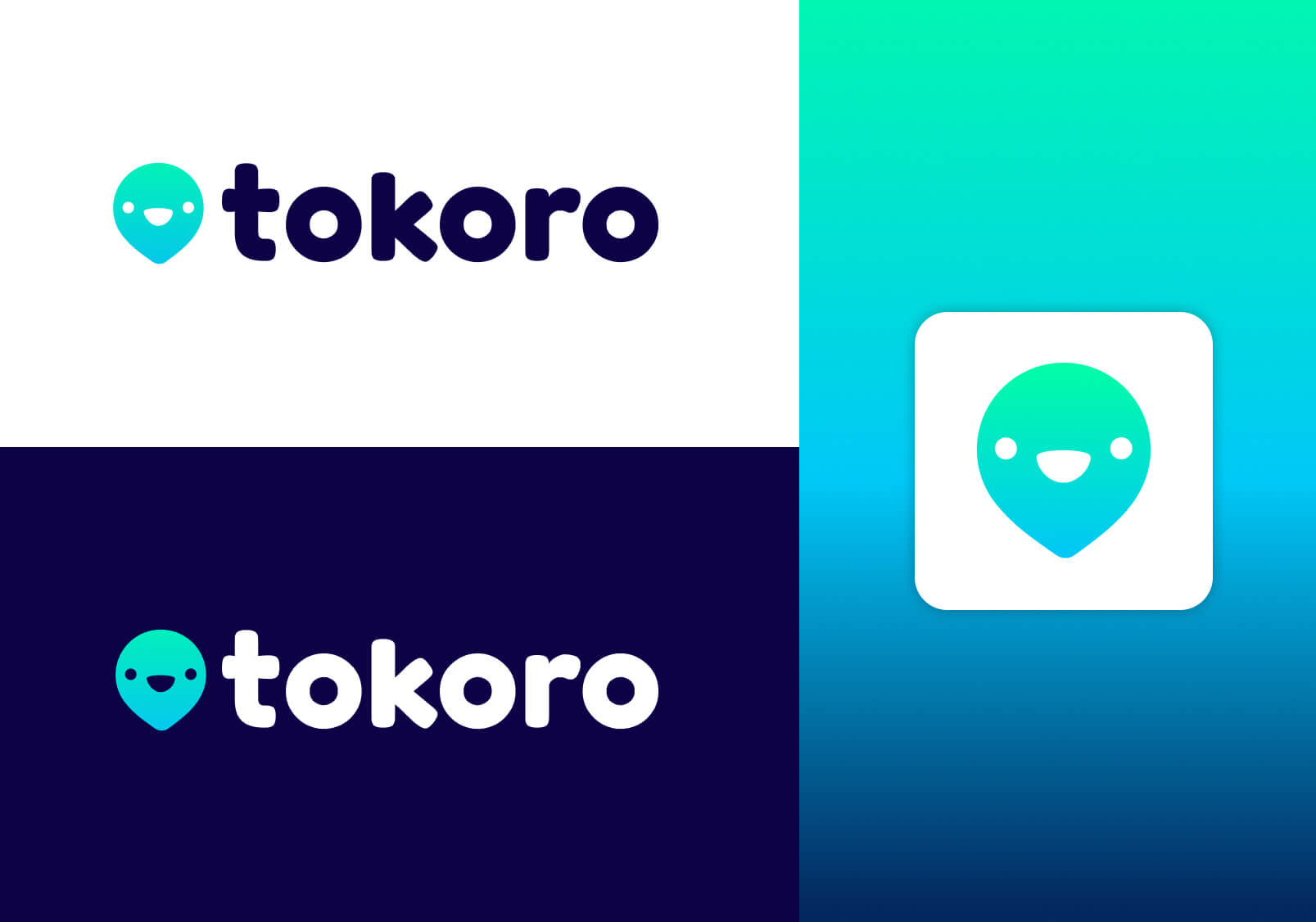 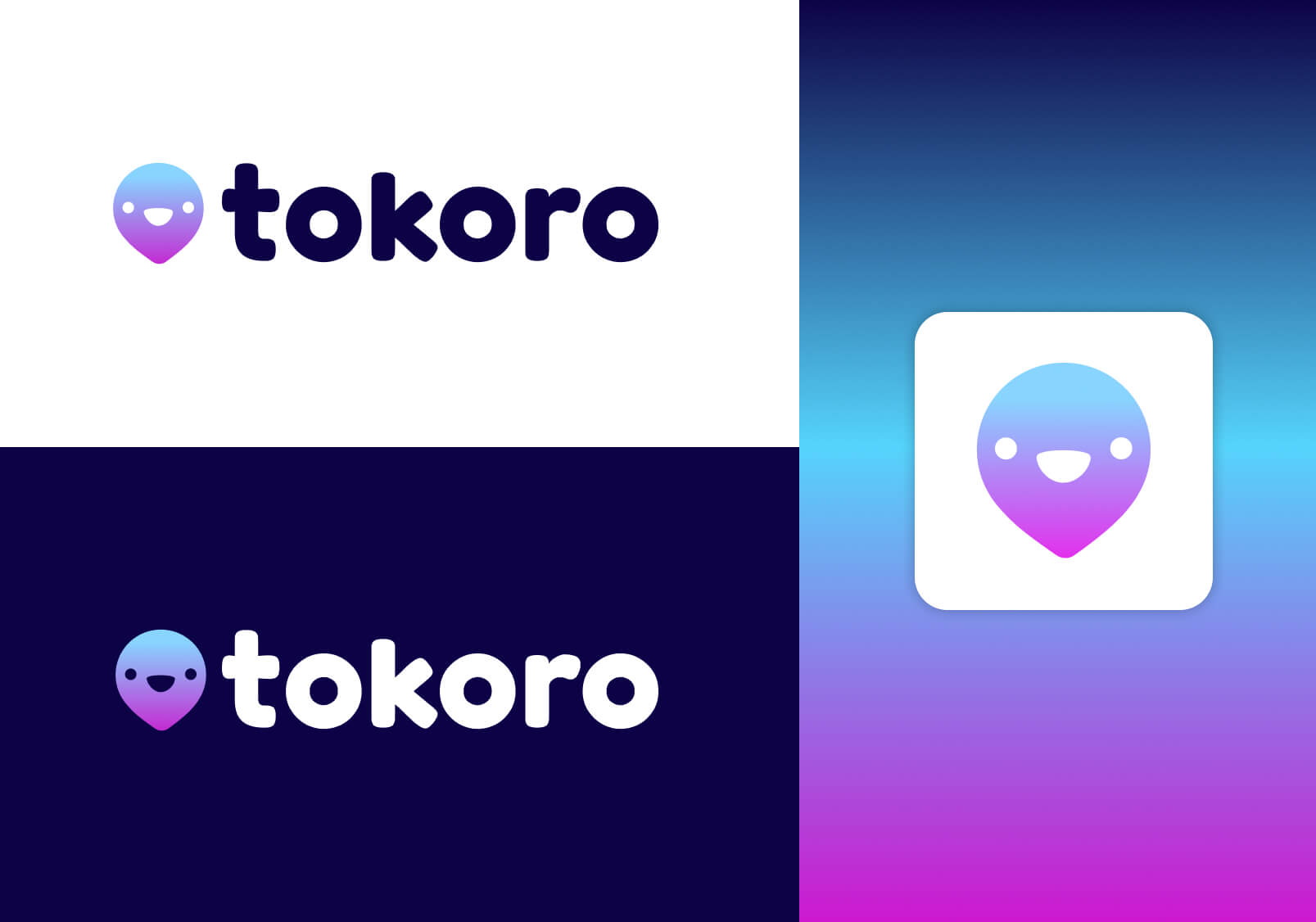 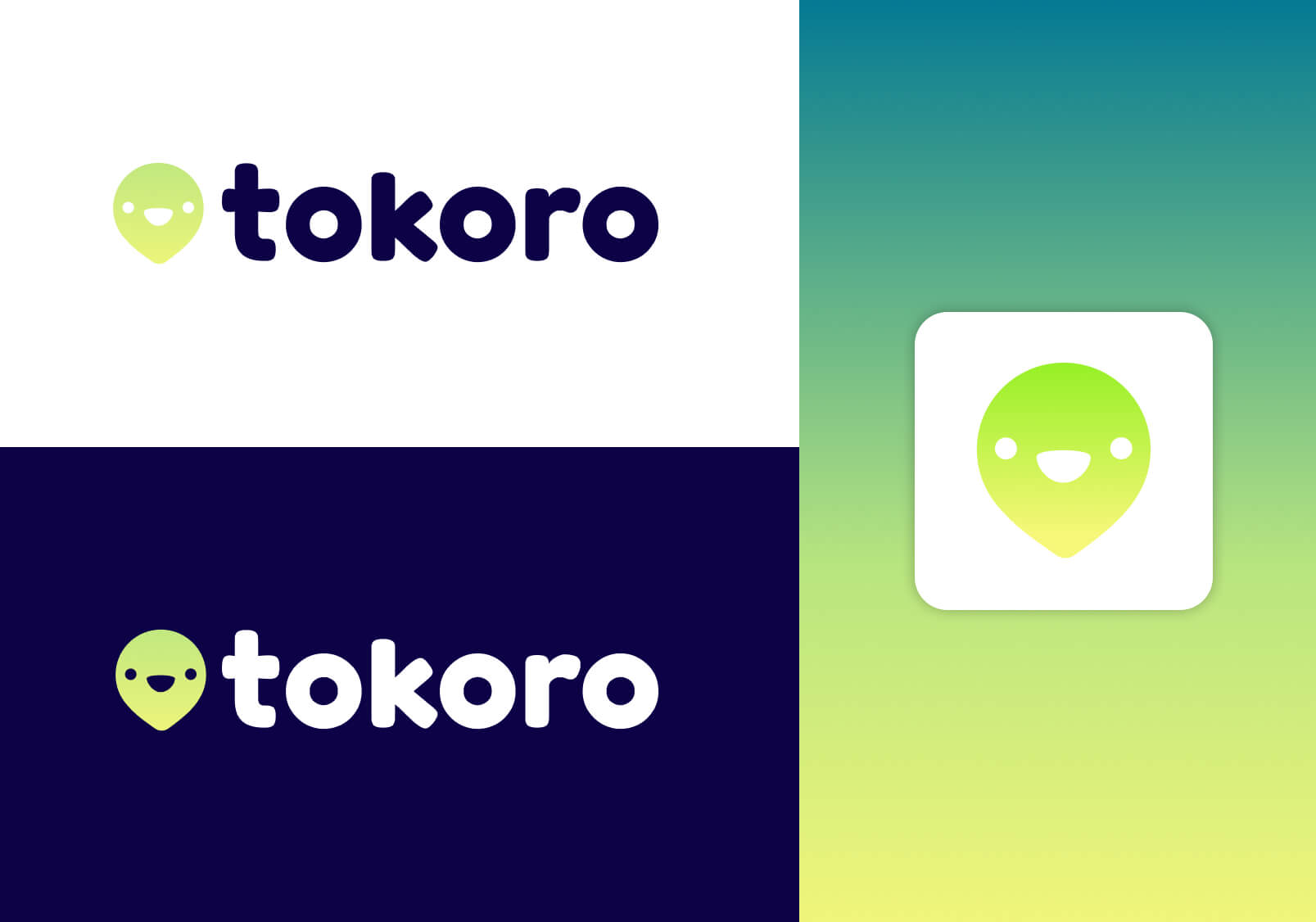 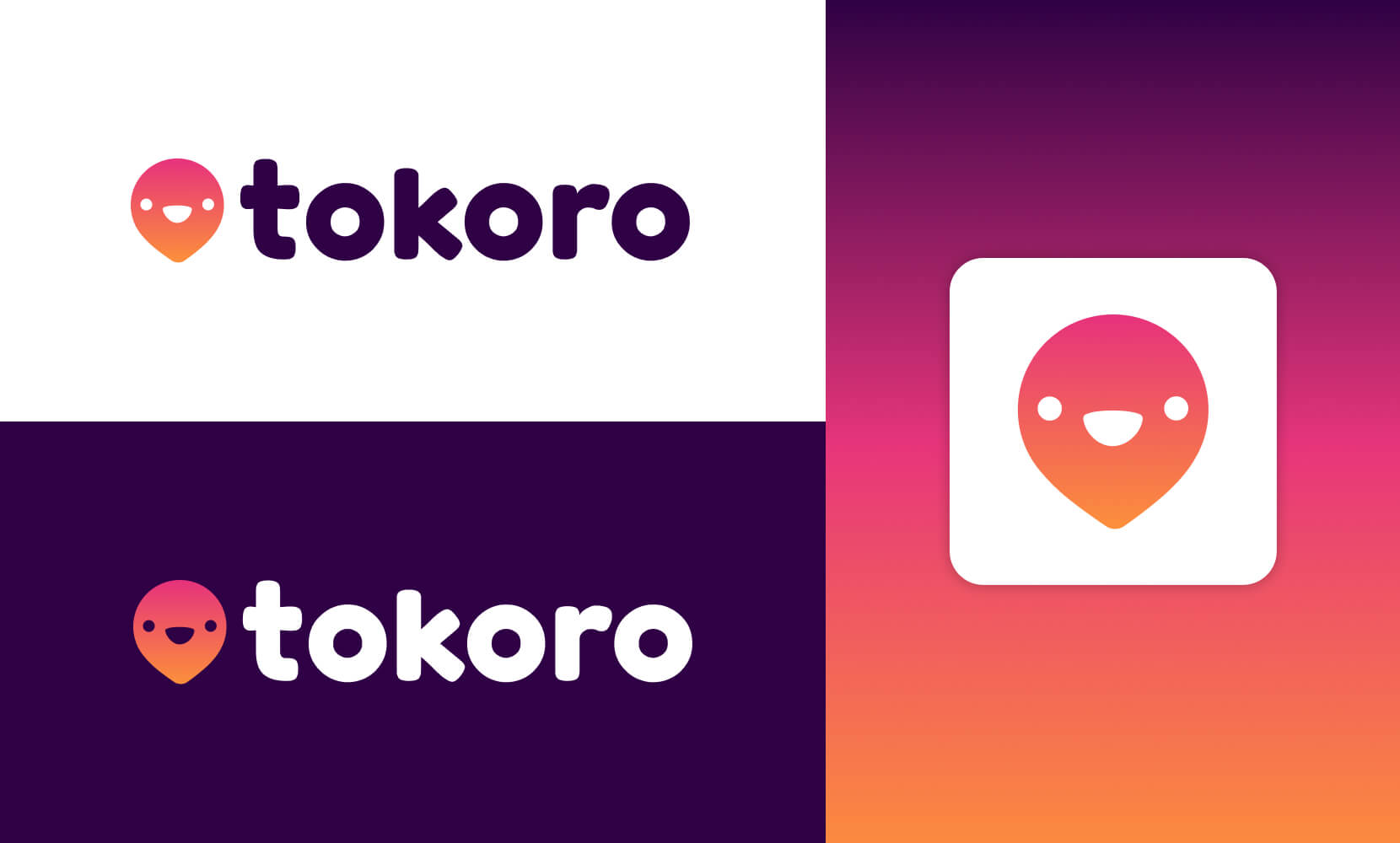 Since the start of this project I took it as a way to practice my design craft, trying to build something nice, instead of focusing on the usability part, so I jumped straight to high fidelity prototyping. My main interest was to practice building a coherent design system using hypothetical screens and interactions the app would have.

I started by looking at what similar apps were doing in the same scenarios and used inspiration from mapstr, tripadvisor, the fork, and google maps.

Then I simply structured a menu with what I thought the main interactions would be, created a little onboarding and designed the main screens. 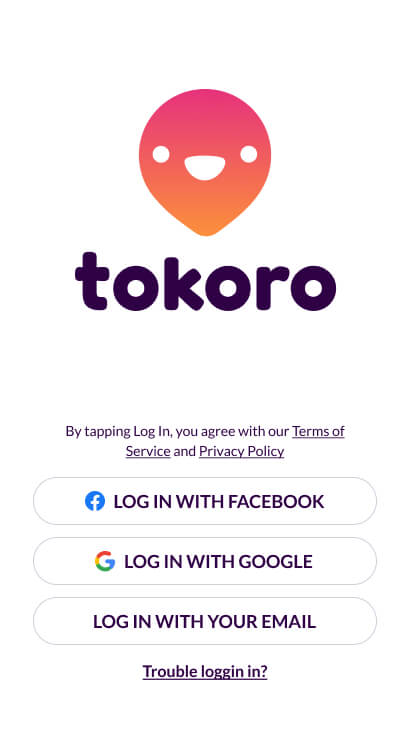 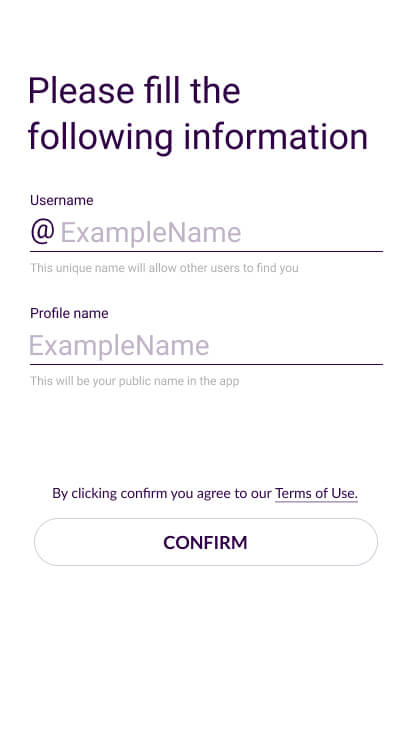 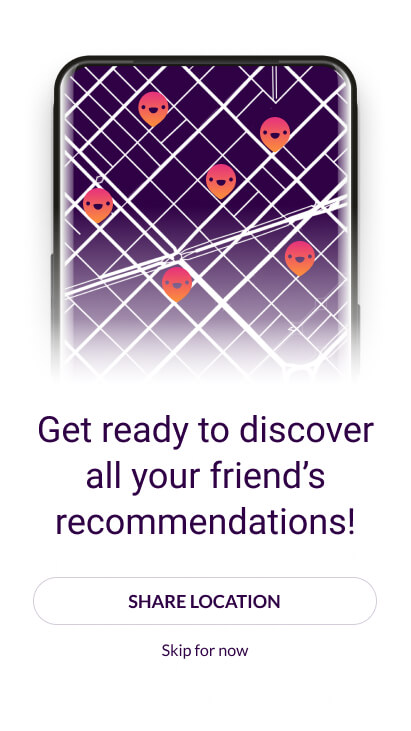 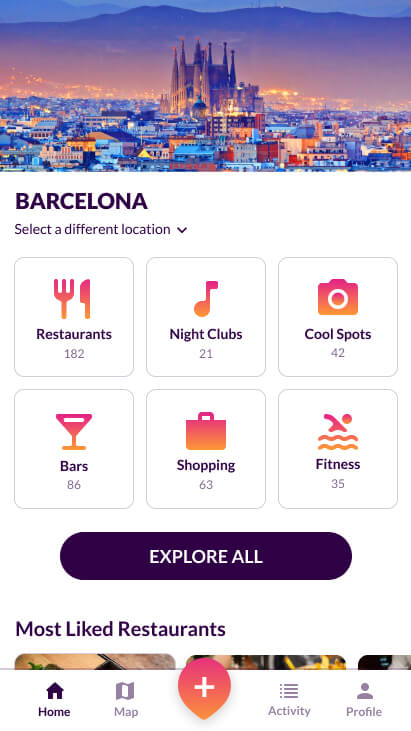 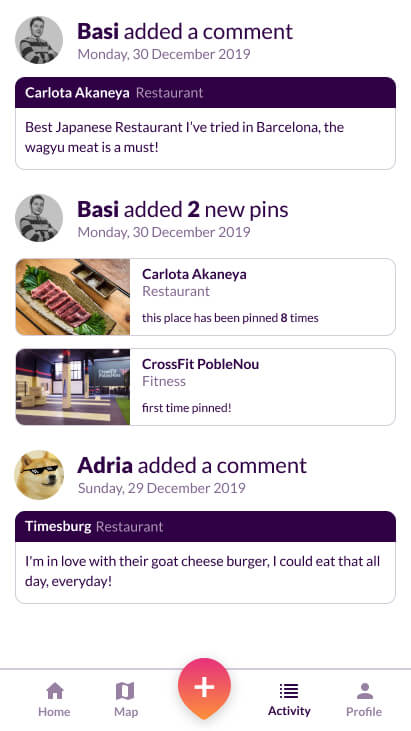 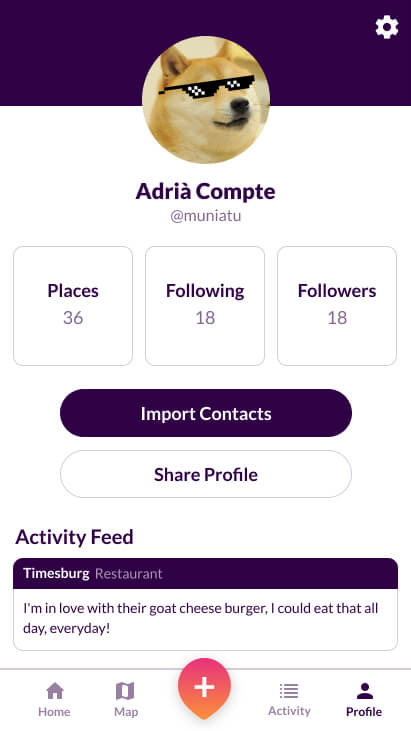 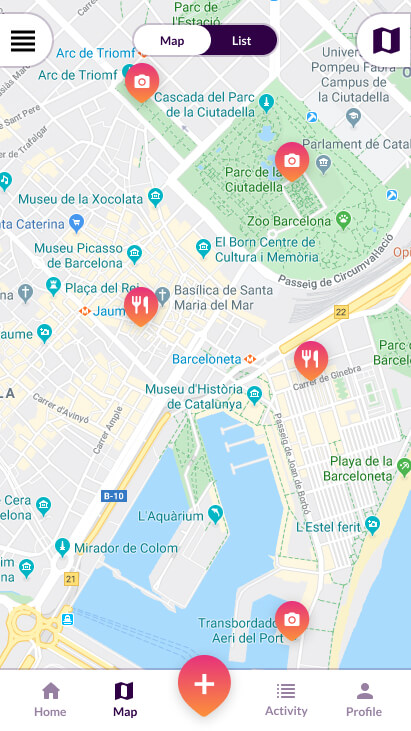 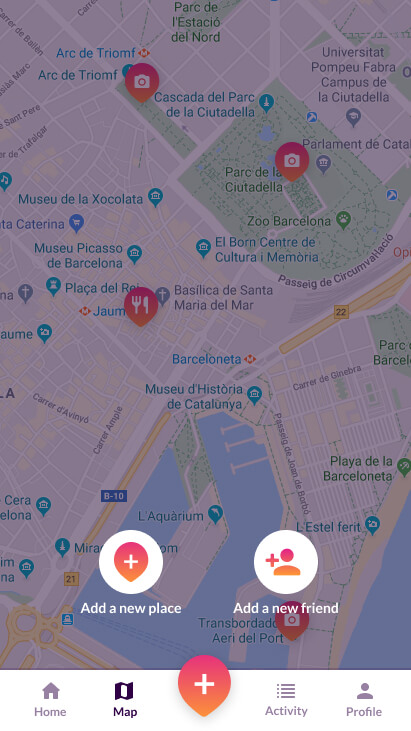 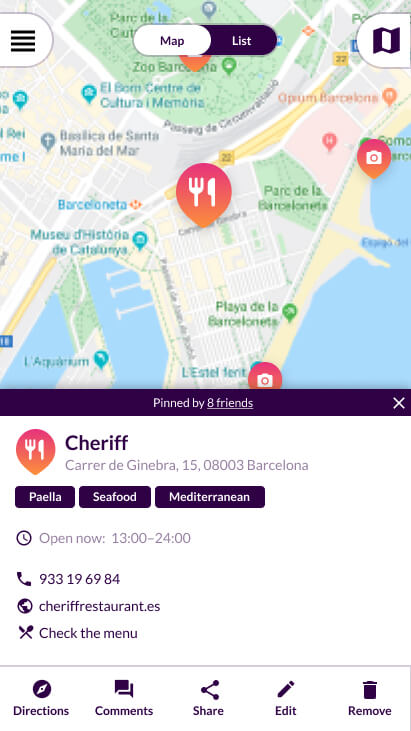 Once the designs were finished I tried to convince my developer colleagues to start with the development, and try getting a bit more insight about the feasibility of the project, as well as revising the possible value propositions. But as always, if you already have a job it's hard to start a new project, so we decided to stop pursuing it.

As a designer it's always good to exercise your habilities and creativity, sometimes when you are working for a company you have a very specific scope that doesn't allow you to explore outside the box, test modern design trends or simply try things at your own will.

Every once in a while, working on a personal project like this one, is great to experiment and let yourself go. In this project, for example, I played a lot with gradients and bold color palettes which I wasn't able to do in my day job. It was also a great way to add some flashy screens to my Dribbble profile!

At the end of the whole process I even played a bit with mockups and went to design some traditional print material, which I hadn't done in a while.